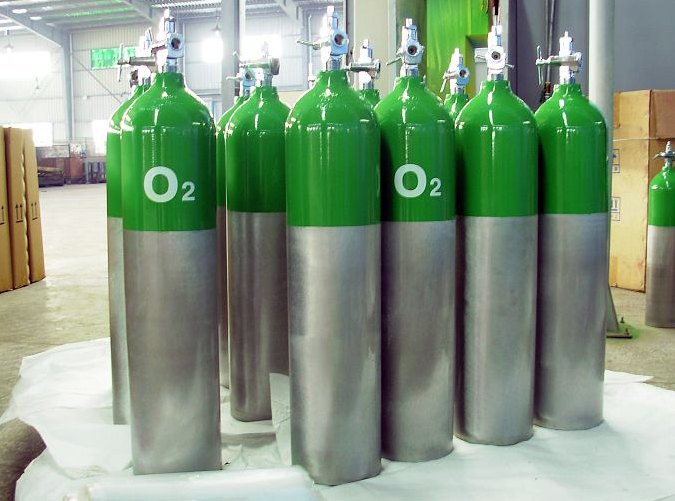 Oxygen is a colorless, odorless, and tasteless gas that is the most prevalent element on Earth making up over 20% of the volume of the planet. It is the second largest volume industrial gas referred to as GOX or GO in its gaseous form. Oxygen, in industry, is valued as a reactive agent used instead of air to increase combustion.

The major industrial use of oxygen is in the manufacture of steel. It is blown into a bath of molten iron and scrap to initiate a series of heat releasing reactions for the oxidation of impurities. The benefits of using pure oxygen are increased production rates, less labor, and low nitrogen in steel. The BOP, or basic oxygen process, is used by all Japanese steel producing manufacturers and half of those in the rest of the world.

There are a variety of methods to produce pure oxygen or O₂. The most common process is photo synthesis where producers use sunlight to convert carbon dioxide into oxygen a reversal of the process animals use to convert oxygen into carbon dioxide. It can also be manufactured by passing an electric current through water collecting hydrogen and oxygen as they bubble off the surface.

Oxygen comes in different grades depending on how it is to be used. Welding, aviation, research, and medical are four of the most common types. Welding oxygen is used to generate heat and stabilize the welding process. Aviation breathing oxygen, ABO, is produced to exacting standards and may not be substituted with either medical or welding oxygen. Research oxygen is a special grade used in the aerospace industry for welding. Medical oxygen is prescribed for breathing disorders and must be requested by a doctor as well as meet FDA standards.

Since we rely on oxygen for our existence, and it is so prevalent, we possibly assume that it is very easy to obtain. What is forgotten is that the oxygen we breathe contains several other gases.