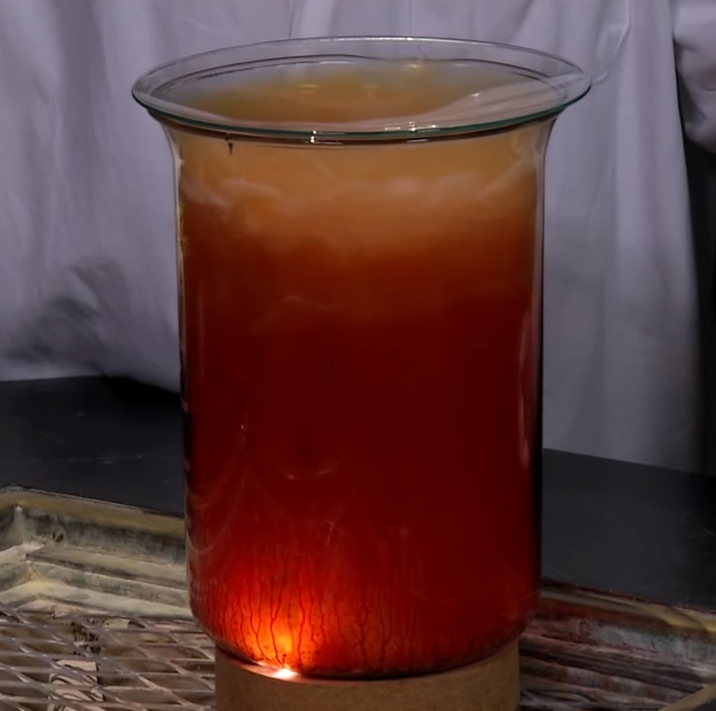 Aluminum bromide is a product of the reaction of aluminum and bromine combined in a 1 to 3 ratio to produce a neutral compound. In its solid state, it is colorless crystals that quickly absorb water causing old samples to be highly hydrated. As a liquid, it is a very corrosive yellow that is damaging to the skin, eyes, and mouth. It has a molecular weight of 266.69 g/mol

The main characteristic of aluminum bromide is its ability to absorb water, alcohol, carbon sulfide and acetone. When placed in water, heat is produced from the reaction as well as a cloud of fumes, which are harmful to the eyes and lungs. The mixing of aluminum bromide with chlorine produces aluminum chloride and bromine.

The common name for aluminum bromide is aluminum tribromide according to the IUPAC.

Tribromoalumane is represented by the chemical formula AIBr3. Its dimeric, a molecule made of two similar molecules, form is AI2Br6.

Aluminum bromide has very little commercial use but does electroplate aluminum to steel producing a smooth, thick, adherent, and shiny finish. The benefits of the process is the formation of a thick dense surface on the steel that is corrosion resistant. Using aluminum bromide to do electroplating has been found to be better than using aluminum chloride, because it forms a stronger bond with the steel. It can be used on ferrous and non-ferrous metals, which broadens its range of applications. The water-less version is used in organic synthesis in the Friedel-Crafts acylation, a catalyst in a molecule transforming reaction. Used with chloroform, aluminum bromide serves as a bromate agent.

The chemical formula for aluminum bromide is AIBr3.

Aluminum bromide has one aluminum ion combined with three bromide ions. It is made by pouring powdered aluminum into a container of liquid bromine. The reaction can be reversed by significantly increasing the temperature of the solution. Aluminum bromide reacts quickly with alcohol and carboxylic acids but not as violently as it does with water. During the aluminum bromide synthesis, a tremendous amount of heat and energy is released from the reaction to the enthalpy.

Aluminum bromide is a highly corrosive and toxic substance that will burn the skin and do permanent damage to the eyes. Breathing in aluminum bromide irritates the nose, throat and lungs causing coughing and shortness of breath. It appears on the hazardous substance list of the ACGIH, DOT, and NIOSH and should be identified with an appropriate label. Use of aluminum bromide should be restricted to a chemical fume hood given its volatile nature.